SLA is a three-dimensional light curing molding method. Focusing on the surface of the light-curing material with a laser of a specific wavelength and intensity, making it solidify sequentially from point to line, line to surface, to achieve a layered drawing operation, and then the lifting platform moves in the vertical direction by the height of a layer, and then solidifies Another level. This layer upon layer will form a three-dimensional entity.

DLP laser molding technology is similar to SLA three-dimensional lithography technology, but it uses a high-resolution digital light processor to cure the liquid photopolymer, and the light is cured layer by layer, because each layer is cured through a slide-like film Shape curing, so the speed is faster than the same type of SLA three-dimensional lithography technology. This technology has high molding accuracy and can match the durable plastic parts of injection molding in terms of material properties, details and surface finish. 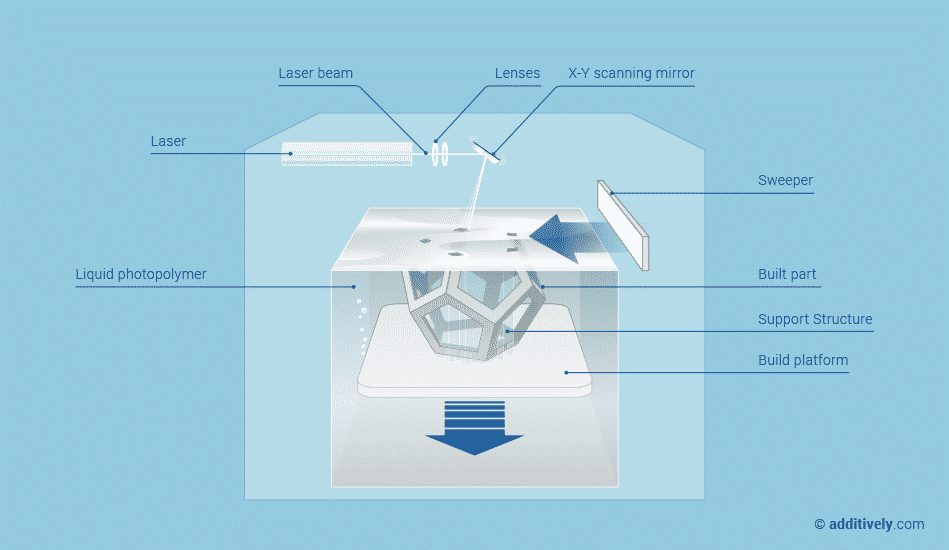 The materials of FDM melt extrusion molding process are generally thermoplastic materials, such as ABS, PC, nylon, etc., and they are supplied in filament form. The material is heated and melted in the nozzle. The nozzle moves along the part’s cross-sectional contour and filling track, and at the same time extrudes the melted material, the material quickly solidifies and bonds with the surrounding materials. Each layer is accumulated on the upper layer, and the upper layer plays a role of positioning and supporting the current layer. As the height increases, the area and shape of the layer outline will change. When the shape changes greatly, the upper layer outline cannot provide sufficient positioning and support for the current layer, which requires the design of some auxiliary structures-” Support” provides positioning and support for subsequent layers to ensure the smooth realization of the forming process.

The 3D printer using 3DP technology uses standard inkjet printing technology. By laying the liquid connector on a thin layer of powder, each part is created layer by layer by printing cross-sectional data, creating a three-dimensional solid model, and using this technology to print and shape The sample model has the same color as the actual product, and the color analysis results can also be directly depicted on the model. The information transmitted by the model sample is greater. 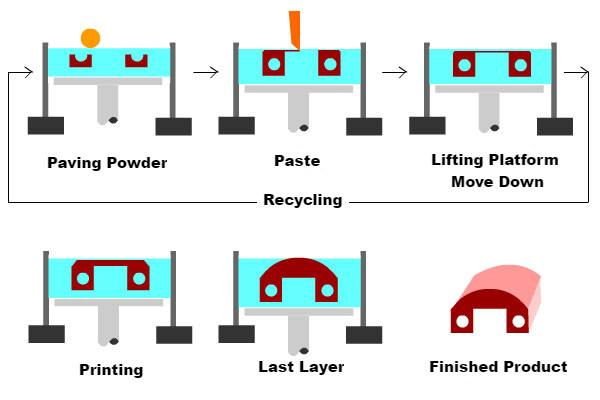 SLS selective laser sintering technology is similar to 3DP technology, and the material used is also powder. The difference is that this powder can only be melted under high temperature conditions under laser irradiation. The powder spraying device first spreads a layer of powder material, preheats the material to close to the melting point, and then irradiates it with laser light to scan the cross-sectional shape of the model to be formed to melt the powder and bond the sintered parts together. This process is continuously circulated, and the powder is piled up layer by layer, and finally formed. 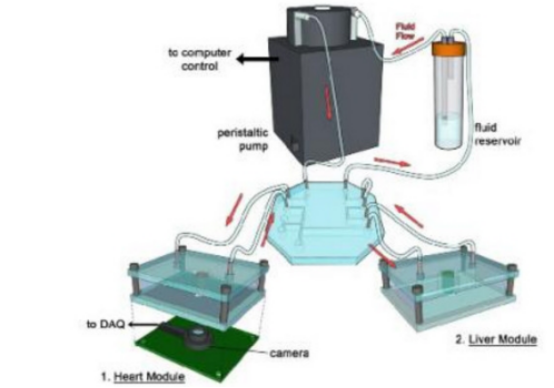 The Origin of 3D Printing Technology